Revenge reviews are on the rise. How do you respond to online reviews? 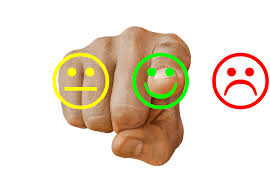 How do you respond to negative online reviews?

I have provided hundreds of workshops to business on social media. Each workshop has included discussion about responding to online reviews.

I can’t think of a time that my advice has changed from:

There was nothing revolutionary in any of this, it is what most social media marketers, trainers or managers would say. But the tide seems to be turning.

I have seen and enjoyed a couple of ‘revenge posts’. And I think that they were good examples of clever responses, but not everyone is able to do write a clever response that will go viral because it is clever. I have certainly seen some defensive posts go viral because they were poorly done and guaranteed that everyone took the side of the person posting the review.

In one example, the reviewer made comments about the owner saying that he ‘struts around in dungarees and if he has a chance to check his reflection he damn well makes sure he does’. Rather than get upset, the owner has created a new cocktail for the menu called The Ponce’s Dungarees. The review was to a large extent an attack on the owner and he owned it. I loved this.

Another example, also on Trip Advisor, was a response to a woman who was unhappy with the service she received on her trip to Ireland. I laughed, but I also found myself cringing a bit. The first example shows the owner laughing at himself, this one feels more like laughing at the customer and this makes me uncomfortable.

However, I can understand the desire to ‘fight back’ I know of a hotel who swears that their first and so-far only bad review came from someone who had tried to sell advertising to them and they eventually said no. This person had never visited the restaurant but research into the reviewer showed that it was almost definitely her.

That phones and computers are available to those with such dishonesty and malicious intent is terrifying. However, in the main, a review, whether good or bad is an opportunity to listen to what your customers, guests, clients etc. think about you and more importantly what they are saying about you. Listen to them, they may just be right.

What do you do if you receive an online review that you think is unfair?